PORTAGE, IN- Members of the “Portage Indiana Shopping with Friends / Bargains” Facebook group found themselves frustrated and without a clear course of action early last Tuesday following a series of group posts by group member Kimberly “Ice” Schiller.

The initial post to the group, a picture of Schiller’s smiling Facebook avatar with the message “Found a phone at Kohl's. PM me if you lost it” seemed fairly ordinary at first as the group regularly receives posts from users who’ve found or lost phones, small electronics, wallets, and credit cards.

The post generated brisk engagement from readers, with a few users posting follow up questions. One user, Bill Fortwith of LaPorte Indiana, asked what kind of phone it was.

“She seemed to get pretty defensive when I asked that,” Fortwith told us. “YOU tell ME what kind of PHONE it is?!?” She really typed it like that, with all that capitalization and punctuation.”

“How do you know they’ll turn it in? They could just keep it." - Kimberly 'Ice' Schiller

Another user in the group, Annie O’Kelly of Hobart, attempted to be helpful and draw attention to recent events around the area. “I hear like seven kids have had their phones stolen at the high school this semester.”

“She got really weird about that,” O’Kelly told us. “She did the ‘angry face’ reaction to what I said, then she posted a reply that said she ‘knows all about those kids’ and that I ‘should mind my business if I don’t want her thinking I’m working with them.’ I’m like, ‘what the hell lady, I’m almost 30 and I moved out of state in 2019, I just watch this group to tell my mom about yard sales.”

Perhaps most unsettling of all was the exchange between Schiller and Cindy Landow of Chesterton, Indiana. “I asked if she couldn’t just give the phone to customer service and she absolutely snapped.”

“I don’t trust any of those people in customer service,” Schiller's reply read. “How do you know they’ll turn it in? They could just keep it. Half of them probably only work there to steal or start unions!”

Group member’s attempts to reason with Schiller were met with similar failure as they pointed out that modern phones have extensive anti-theft features that make them essentially worthless to thieves. Equally fruitless were suggestions of taking the phone directly to store management or the local police. Schiller did not type any worded replies to these comments, responding only with varying numbers of the “laughing until I cry” emoji.

In a separate post to the group three hours later, Schiller posted the following: “I didn’t come to the Portage Indiana ‘Shopping with Friends / Bargains’ group just to dump this responsibility off and wash my hands of it like this whole sick society does with everything. I came here to get this phone back to its owner. I don’t care what it takes. I will do anything (short of acknowledging anyone else’s authority in this situation) to make that happen.”

Schiller attached the following photographs to the cryptic and seemingly angry post, apparently depicting the phone as it was when she found it. 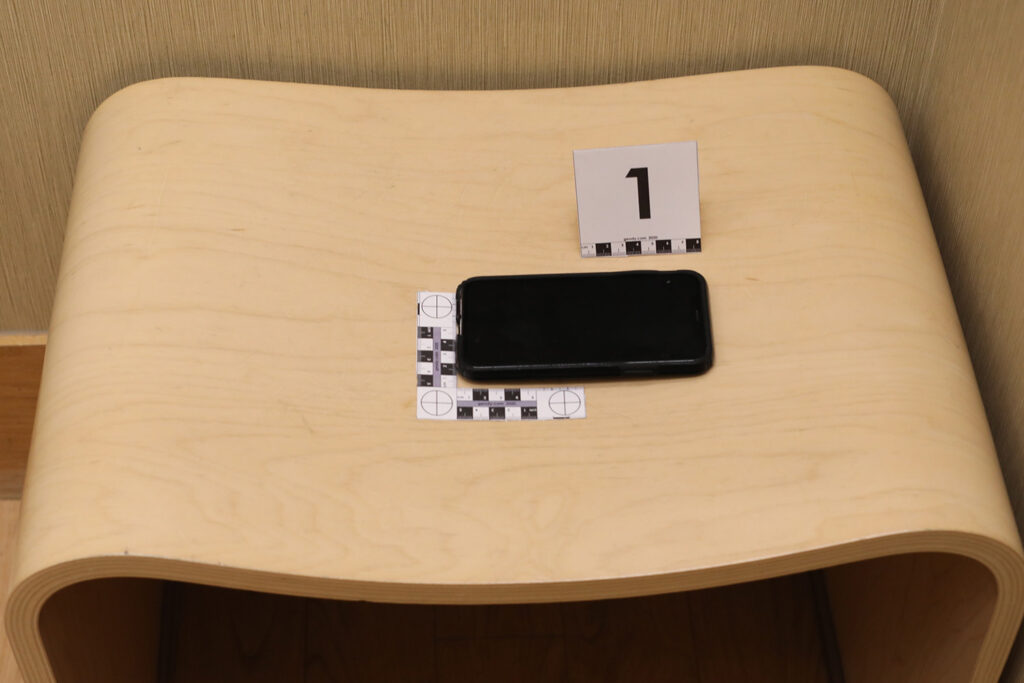 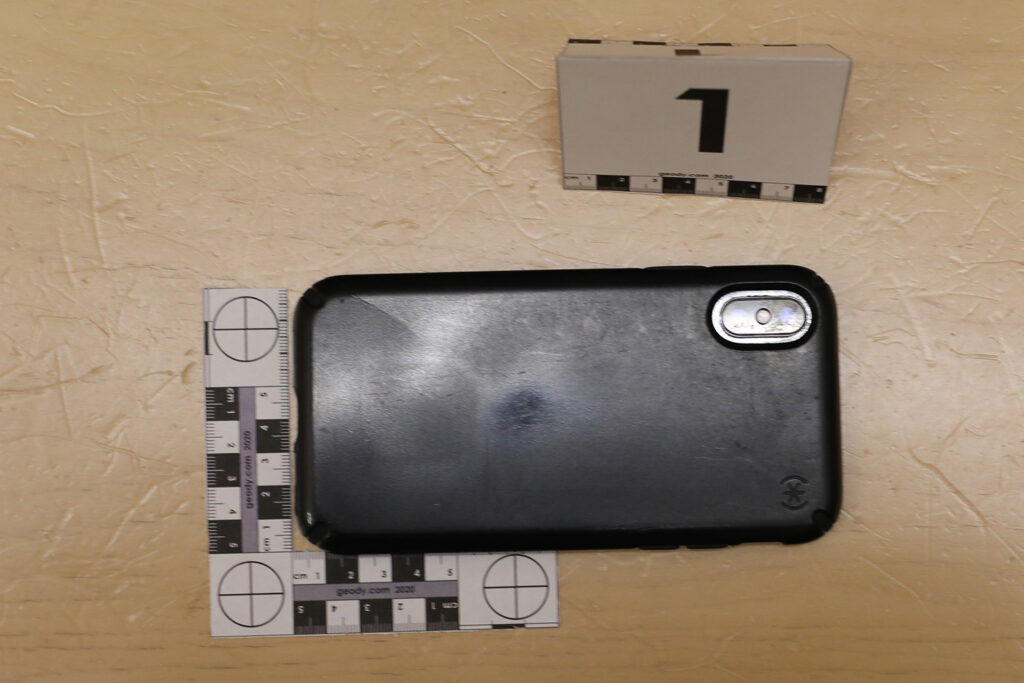 Repeated attempts were made to contact Schiller regarding the photographs, which appear to feature actual law enforcement equipment typically used to photograph evidence at crime scenes. As of press time, the only response we have received consisted of a private message containing photographs of both our work and home mailboxes and a notification that she had blocked us from contacting her on Facebook.